What is “Heavy Cargo Transport” or “Overweight Cargo” aka “OWC”? 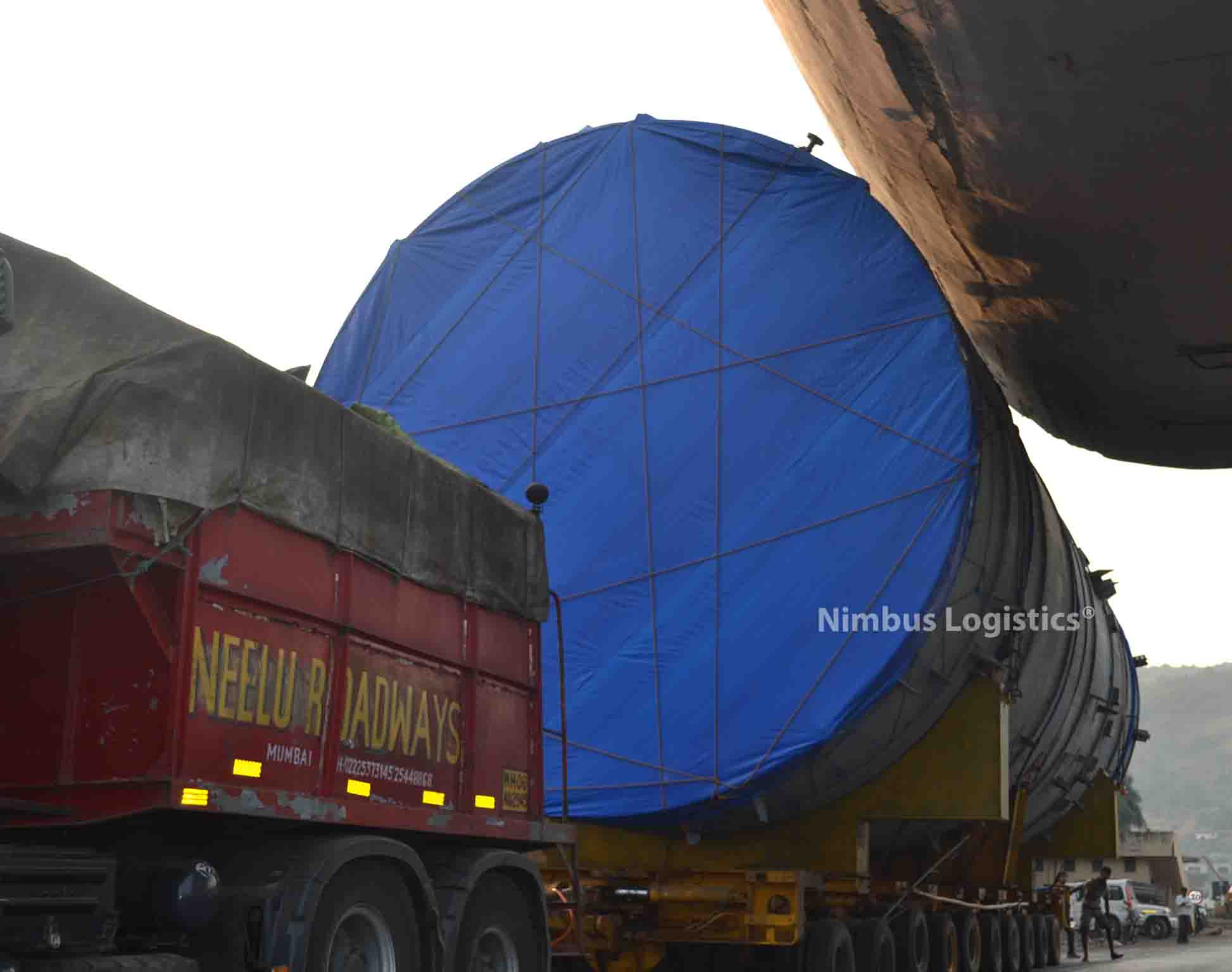 Here we discuss the definition of Overweight Cargo or OWC and vehicles available for transportation of such unique requirements.

What is the definition of OWC or Heavy Cargo?

A standard vehicle with highest GVW is an articulated Trailer. A trailer having a double axle in the prime mover and triple axle in the trailer has a GVW of 49 tons. Trailer’s tare weight equals 15 tons approx which allows a maximum payload of 34 tons. Any load weighing over 34 tons cannot be transported on standard vehicles and is know as Heavy Cargo or OWC or Overweight Cargo.

How can OWC be transported? 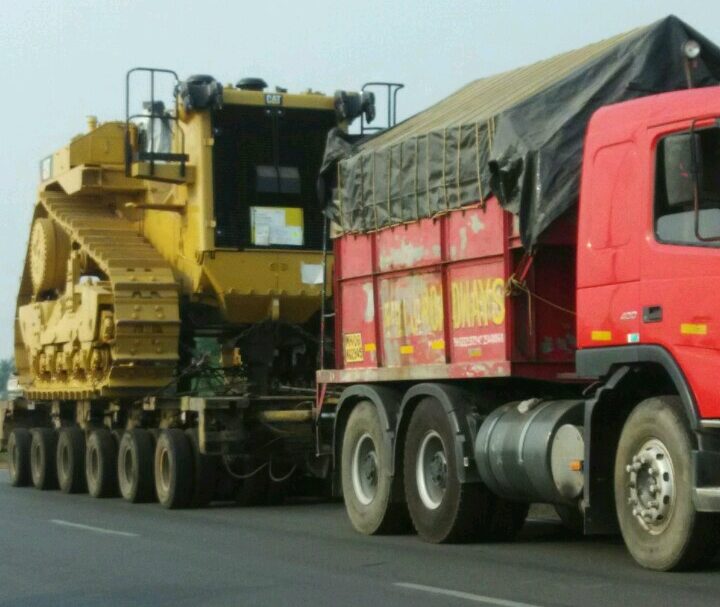 What’s unique about Hydraulic axles is its modularity. These routes can be combined to create a Hydraulic Modular Trailer having 4 rows to any number of rows demanded by the application. This theoretically allows for carrying loads weighing in 1000s of tons, as long as it’s coupled with powerful enough combination of pullers to tow the load. These axles can be combined longitudinally well as laterally. 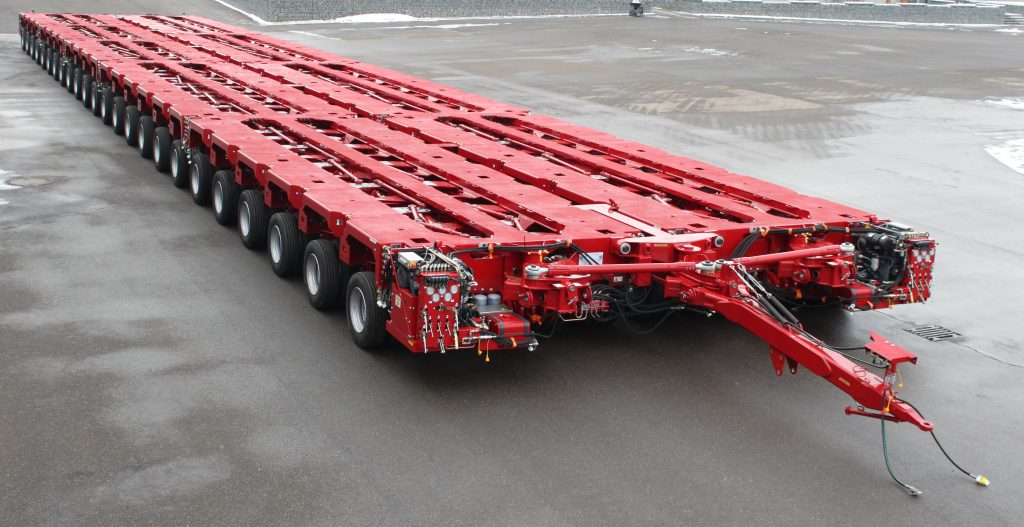 Unique cargo requirements like a very heavy cargo with a very small footprint or a very large footprint with relatively lighter weight or overweight cargo with extreme heights are taken care of by many available options of custom attachments. These attachments and technicalities of heavy equipment transportation requires a separate article of its own and will be discussed in much detail later.

What are the various costs associated with ODC? 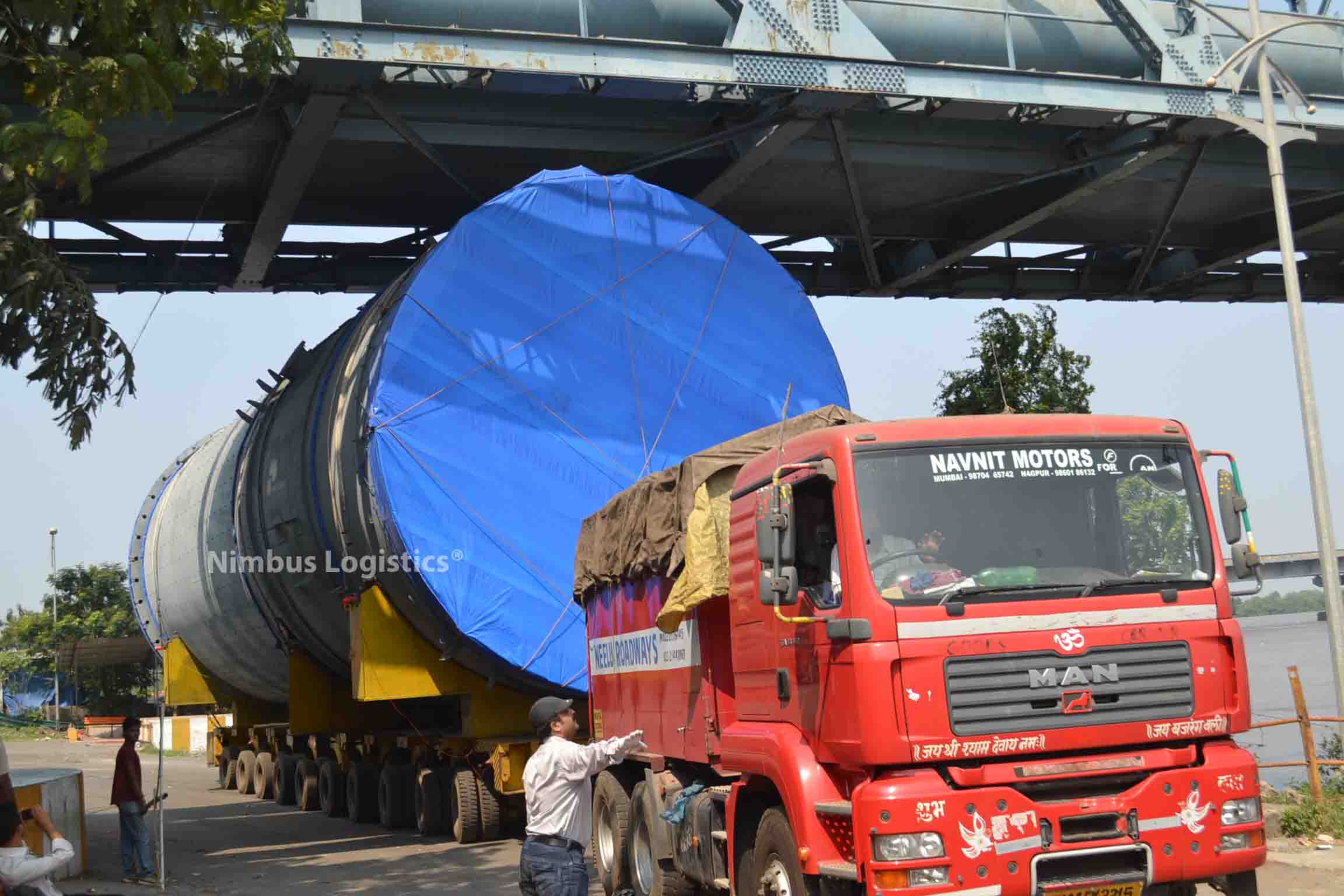 In the last article, we talked in brief about what ODC means. In this article, we want to give an overview of the various costs and difficulties related to transportation of ODC and OWC. 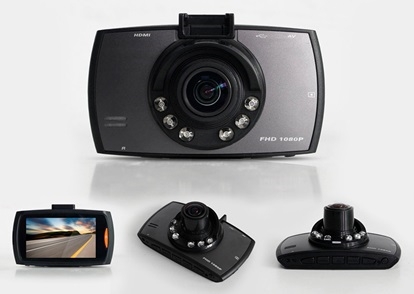 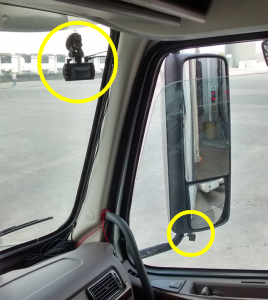 All you need to know about Steerable Axles for Trailers 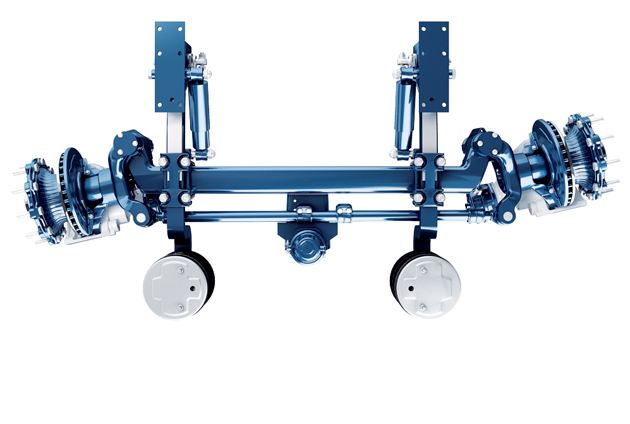 In this post, we will look at a relatively old concept in automobiles but the one that is yet to see the daylight in Indian heavy transport segment. We will talk about rigid axles vs steerable axles.

The first question that comes to mind is

What is the need for steerable axles?

Well, when talking about the front axle the answer is quite obvious. But what about the rear axles. Do they need steering as well? 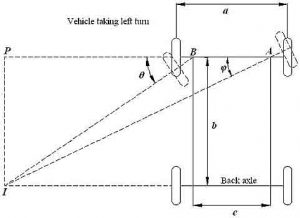 Schematic showing the geometry of a vehicle taking a left turn.

Looking at the image on the right we can see that a vehicle takes a turn about an axis of rotation and for all the tires to roll without sliding sideways it is necessary for them to be exactly perpendicular to the line joining the axis of rotation and the center of the tyre. This is the basic reason why the inner wheel of the front axle turns at a higher angle than the outer wheel.

Now consider a multi-axle vehicle. If the rear axles are not steered the lines drawn from the rear wheels will not meet the steering axis. This means that wheels on these axles will not only roll but also slide sideways. This has many adverse effects:

What are the various mechanisms for steering axles?

There are many types of mechanisms developed for steering axles of articulated trailers. Some of them are highlighted below :

What are the applications that its suited for?

What is “Over Dimensional Cargo” or “ODC”?

Before we understand the technical definition to qualify a cargo as ODC, we need to understand that the need for defining ODC is to ensure the safety of the road users. By qualifying a cargo as ODC and imposing regulations over carriage of ODC, government’s aim is to avoid any unsafe practices and accidents. Whether the government has made the correct decisions and imposed correct regulations remains a topic for another day. 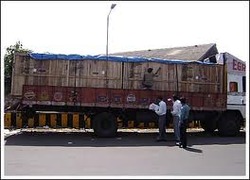 The above cargo qualifies as ODC as it protruding from the rear of the Open Truck. If the same cargo was transported on a trailer having a deck size of 40′ Trailer, it would have qualified as Normal Cargo. 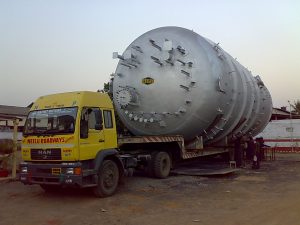 The above is an example of an over dimensional cargo in all three dimensions ie length, width and height. Even if the loading deck was larger to match the length and width of the cargo, the cargo still would have classified as ODC being over the upper bounds defined in CMVR.